Join Our Newsletter
Shop Our Store
MAIN MENUMAIN MENU
By Matthew Maruster on April 11, 2022 in news

Last week a 14-year-old girl died of a single gunshot wound. Sadly, the events of this incident are not much different from others we routinely read about. But I feel it necessary to write about each incident I come across to remind anyone who comes to our site that our actions have consequences. 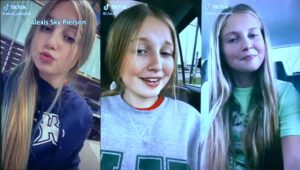 Around 10 PM on Tuesday, April 5th, two girls aged 10 and 15 walked to their friend’s house. At home were the 14-year-old victim, identified as Alexis Sky Pierson, and her 10-year-old brother.

Alexis’ friends brought two guns with them to her house. According to an ABC 7 News report, the four children went into a bedroom after reaching Alexis’ house. The children placed the guns on a bed, and at some point, one of the children picked up one of the guns. One of the children pointed it at Alexis and pulled the trigger, thinking it was unloaded.

The bullet entered Alexis’ head, just below her left eye.

When paramedics arrived, they found Alexis dead in the bedroom. Hancock County Sheriff said they believe Alexis immediately died from the gunshot wound.

Reflect on the incident —

Suppose you could take a moment to pause and reflect on the following question. What do you feel when you read a story like this?

You’re angry, heartbroken, and tearful if you’re like me.

So what is our response?

I pray we don’t harden our hearts so that we don’t truly grasp the gravity of a child’s death and the lasting effects for every person remotely close to the incident.

There is an assumption that the guns involved belonged to the parents of one or two of the children, and they obtained them because they weren’t properly stored. I haven’t been able to find a news report to confirm if this is true. Regardless, I hope this incident calls us to search our firearm storage practices for any deficiencies.

But I think there is an even more profound lesson that this story should remind us of. We must be intimately involved in all that our children learn and do and with whom they hang out. So even if you teach your children about safe gun handling, encourage them to have the courage to walk away if they encounter something that you’ve told them is wrong.

Details are lacking in this story, but it’s not uncommon for a child who knows gun safety to remain in a group where a child who doesn’t know about guns is playing with a firearm. Unfortunately, bullets are not respecters of training, and the child who knows how to handle a gun is sometimes the victim.

Who is to blame —

When tragedy strikes, we naturally want to find someone to blame. There is a time and place for that. However, I’m not interested in assigning blame to a person. Instead, I just wanted to pull some general lessons we can apply to ourselves. Were there things that someone could have done to prevent what happened? Perhaps. And that’s the point of this article. We should never shy away from a call for safe and responsible gun ownership.

I don’t know any more than what reporters have published. As of now, the police haven’t arrested any adult in connection with the shooting. 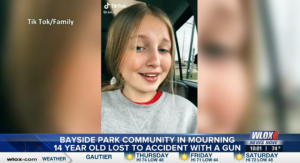 I’ll leave you with some words from Alexis’ great-grandmother. She described Alexis as an angel who loved her family and had the biggest heart.

She’s been special since she was little. I can’t really describe what it was about her. It’s like she just shined with love. There was just something about her that you knew that she was special.

Our online course Gun Safety is a fantastic option if you’re looking for a gift to give a new gun owner or want to learn the industry’s best practices for firearm safety. The class has excellent reviews and is FREE!